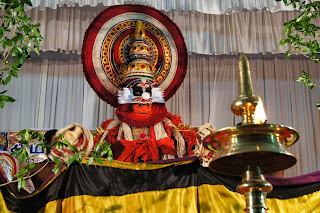 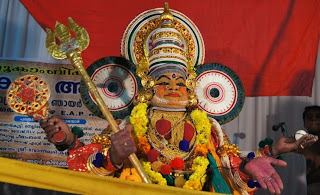 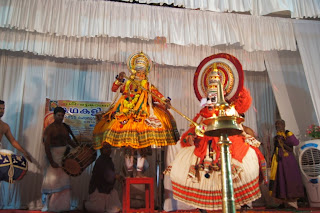 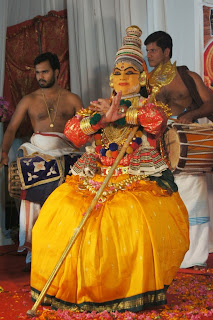 Posted by Dr Ganesh Iyer at 3:21 PM No comments: 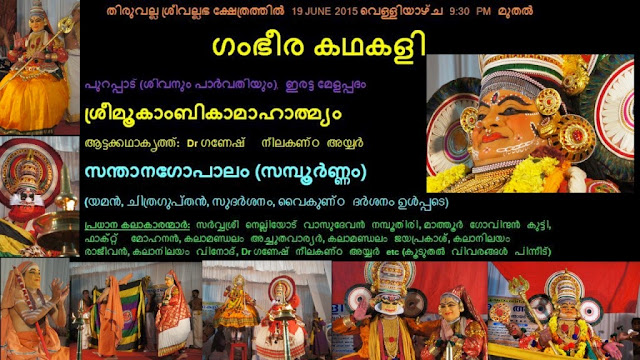 Posted by Dr Ganesh Iyer at 3:10 PM No comments:

Consisting of two parts, the story says how the temple is formed and how Goddess got her name Sri Mookambika. Second part is taken from Skandapurana where Siva tells this story to Muruka. 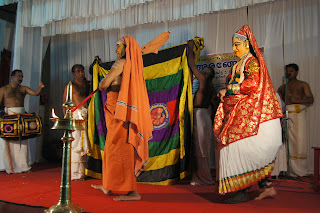 Adi Shankaracharya prayed Parvathi Devi and requested her to come to his village. She accepted the request with a condition. She told him that he has to walk in front and She will walk behind him. He should never look back. At any point of time, if he looks back, She will stand still there. He agreed and they started. When they reached Kolapuram (current Kollur), with the divine power of Lord Siva there, Shankaracharya looked back and Parvathi Devi joined Siva there. She then tells him that she will come as a Jyothi with him and he can establish that in Chottanikkara where she will have her presence on everyday morning giving blessings to people.

In that area, there lived a demon called Kamhasura. He started praying to Siva to get the power of Indra (the God of heaven). When Siva appeared in front of the demon, he couldn't open his mouth (thus called as Mookasura)due to the power of Lord Saraswathi (Goddess of studies). Siva disappeared, Getting angry, demon attacked heaven. Indra got defeated. 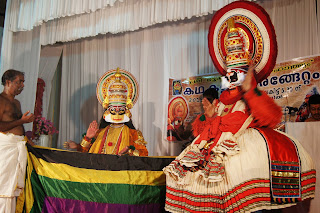 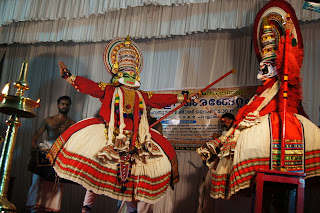 Scene 3: Siva, Indra
Indra came to Siva for rescue and Siva suggested him to prey Goddess Parasakthi along with Kolarshi (a saint who lives in Kolapuram). 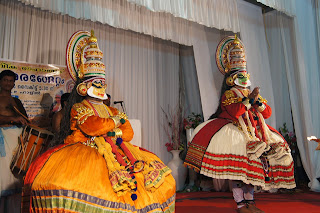 Adi Parasakthi appeared and killed demon and gave peace to the universe. Demon upon killed got salvation and he requested her to know as his mother. Hence Goddess started knowing as Mookambika (Mother of Mookasura). 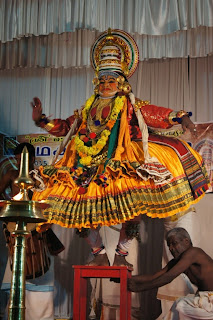 Posted by Dr Ganesh Iyer at 2:56 PM No comments: